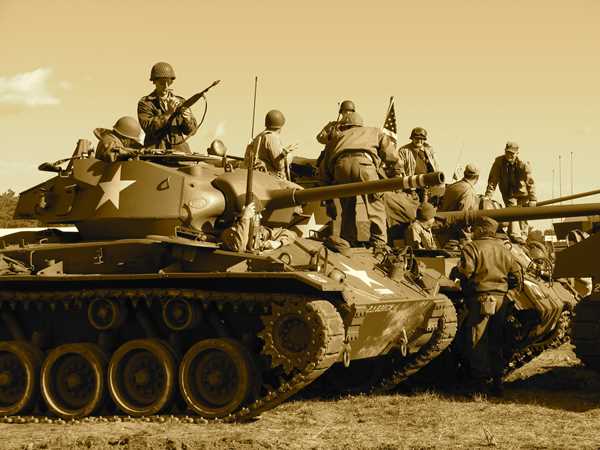 No man engaged in warfare entangles himself with the affairs of this life, that he may please him who enlisted him as a soldier. (2 Timothy 1:4, NKJV)

The War to end all Wars, The Great Patriotic War, War of Resistance, The Pacific Theater, there are many names used for World War II. As with many other situations, it all depends on whom you ask. For us in America, it will always be WWII, and December 7th, will be remembered “a date which will live in infamy” as stated by President Franklin Roosevelt.

I was only seven years old when the Japanese attacked Pearl Harbor, Hawaii. I remember gathering around the radio with my family and listening to the radio where President Franklin Delano Roosevelt declared it a day that shall live in infamy.

This event triggered responses in those around me. A friend in the small church I attended was assigned to the European theater. My uncle was drafted into an artillery unit in Cape Cod, Massachusetts and shortly thereafter transferred to Sault Ste. Marie, Michigan. He was injured but not in battle. I remember my mother helped me prepare a get well card with a paper purple heart for him.

But the greatest impact was on my immediate family. I recall my father writing to our Congressman requesting ration stamps needed for my mother’s illness. Dad also tried to enlist in the Navy, but he was too old. They suggested he join a civil defense unit which took action to keep our neighborhood safe. This he did. Portions of overhead lights in buses were painted brown to make it more difficult for enemy aircraft to spot them.

My wife remembers collecting grease and taking it to a central location where others made soap. I corresponded with children my own age in Europe and remember receiving letters where some of the content had been blacked out for security reasons. I remember collecting special stamps which I redeemed for government bonds to help finance our nation’s military war effort.

World War II was an effort that required us to focus on what would help win the battle. As Paul writes to Timothy near the close of his life, we Christians also are engaged in a spiritual warfare to which we must commit ourselves completely.

In war many sacrifices are made.

A horrible price is often paid.

So in God’s army we pay a price.

And often need to sacrifice.

World War II offers lessons for us as we avoid entanglements that hinder our witness.

What lessons have you learned from the wars of history?

How can we avoid entanglements that hinder our witness?