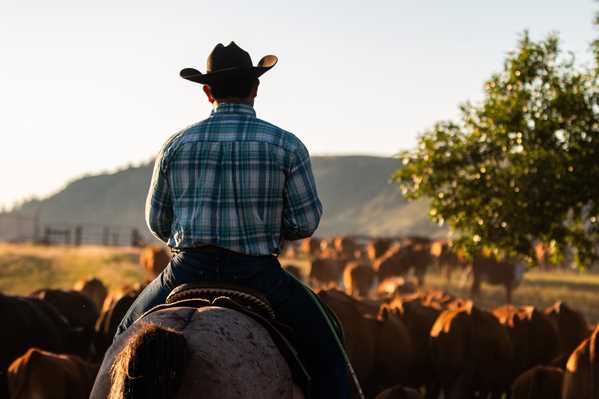 Dear Friends,
I trust you are doing well and looking forward to Sunday.
On September 9, 1839, a little boy was born into the Hatfield clan of West Virginia. His given name was William Anderson Hatfield. While still quite young he got a nickname from his own mother that perfectly described his sinister disposition and aggressive nature. She called him Devil Anse. The name stuck.
Devil Anse was the leader of the Hatfield clan throughout the bitter decades of the Hatfield-Mccoy feud. The infamous New Year’s Night massacre of 1888 was plotted at his instigation. That was the night eight Hatfields, at Devil Anse’s behest, surrounded the Mccoy cabin and opened fire, killing two young girls. Seven Hatfields were given life sentences, and one was hanged for the crime. But Devil Anse was never formally connected to the crime, and thus avoided being charged.
A dozen people lost their lives in the feud and others were imprisoned, but Devil Anse survived the feud and avoided jail time.
Years later, William “Devil Anse” Anderson Hatfield, at the age of 72 was invited to a revival meeting by an old preacher named Dyke Garrett.  That night, September 23, 1911 “Devil Anse” heard the gospel preached by Evangelist Garret and when the invitation was given, to everyone’s astonishment, Devil Anse came forward and trusted Jesus Christ.
William Hatfield acknowledged his sin, Christ’s death on his behalf and his need to believe. That night there was a radical conversion to Christianity. Hatfield lived the last ten years of his life a totally changed man. He was at peace, knew he was forgiven, and told others of the grace of God. Historians credit that moment as the turning point in the feud. No violence has ensued since that time.
When God says anyone who calls on the name of the Lord will be saved, He means it. But how is God just and merciful at the same time? Shouldn’t Devil Anse be held accountable for the bloodshed he caused?
Well, his sins were not forgotten or ignored; they were punished severely. But they were carried by another. Jesus died to take his punishment and the punishment we deserve for our sin, so repent, put your faith in Jesus, and experience God’s mercy in your life.
Let’s remember, no one is beyond the grace of God! If God can change Devil Anse, He can save anyone!
See you on Sunday in person or join us online.
In the light of His glory and grace,
Pastor Doug
Tweet
Tweet