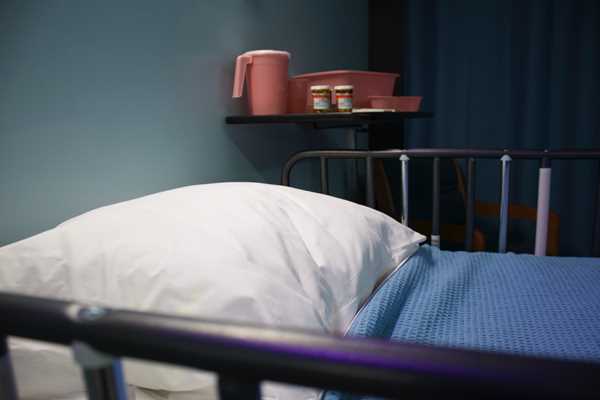 Now a certain man was there who had an infirmity thirty-eight years. (John 5:5, NKJV)

Despair, desperation, anxiety, pain, suffering, sorrow, uncertainty, when we are faced with a long term situation, or long term illnesses  these emotions at different times manifest themselves in our live's, but they need not. My mother became ill when I was in junior high and her debilitation became worse until her death 22 years later. Her bed moved from her bedroom to the dining room to several nursing homes until her passing into glory. She missed my high school graduation, my college commencements, and our wedding.

Through all this she avoided bitterness and expressed her faith in God by serving others. I remember her knitting a sweater for me with my college colors and preparing hand-crafted gifts for my wife and children. In worship services at the nursing homes she joined in singing the hymns she loved and heard the Bible messages.

John 5 reminded me of a similar situation in which a man had been ill for 38 years.  Jesus healed him at the pool of Bethesda. I wonder if he had a positive attitude like my mother.

Tempting my mother from faith to roam.

But she persisted in trusting the Lord,

Serving others, obeying His Word.

IT’S NOT MY FAULT