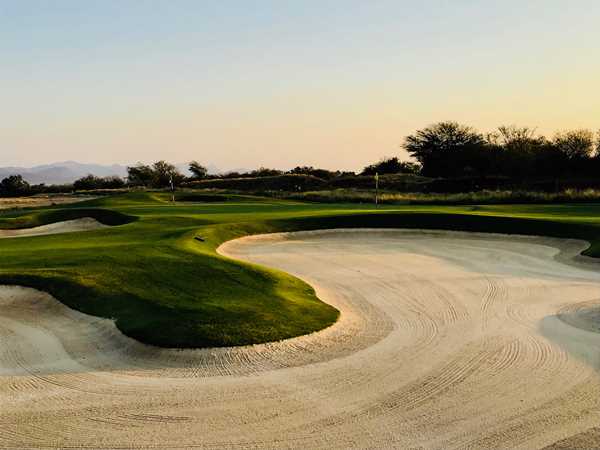 Dear Members and Friends,
I trust you are doing well and looking forward to our virtual service on Sunday!
This week at Bandon Dunes golf club in Oregon the 120th U.S. Amateur Golf Tournament is taking place. I enjoy golf and hope to watch some of the competition this weekend.   The tournament consists of two days of stroke play (total number of strokes counted), with the leading 64 competitors, then playing a knockout competition of match play (1 point for each hole won) to decide the champion. All knockout matches are over 18 holes except for the final, which consists of 36 holes, separated into morning and afternoon 18-hole rounds.
Segundo Oliva Pinto was tied with his opponent going into the final hole in the Round on Thursday when a crucial mistake by his caddie caused him to lose the entire match.
Here's what happened: On the final hole Pinto hit his golf ball into a sand trap near the green. Pinto went into the bunker to inspect his ball and then onto the green. After he left the bunker his caddie Brant Brewer stepped into the sand, reached down with his hand to test the texture of sand. What looked to be an innocent move was a major violation of the rules of golf. According to the U.S. Golf Association's rulebook: "Before making a stroke at your ball in a bunker, you must not: Deliberately touch sand in the bunker with your hand, a club or rake or any other object to test the condition of the sand and learn information for your next stroke," Rule 12.2.
The penalty - in match play - is the loss of the hole. Tyler Strafaci, who was Pinto's opponent won the hole and the match and moved on to the quarterfinals. According to the rules of golf, players are responsible for the actions of their caddies.
There are many lessons from that story, but I would like to suggest the major one is this: My behavior, actions and choices can have an unbelievably adverse impact on other people. Pinto had done everything right and was playing by the rules. It was his caddie who made the mistake, however, it cost Pinto dearly.
As you go through life remember your decisions are going to impact other people. These past few weeks I've read about some high profile Christian leaders whose actions brought shame to their families, co-workers, the churches and institutions they represented - but most importantly the Lord Jesus Christ who they say they love and serve was harmed greatly.  Little decisions can have an adverse impact on others.
See you Sunday on line.