COVID-19 is NOT the end of the World! 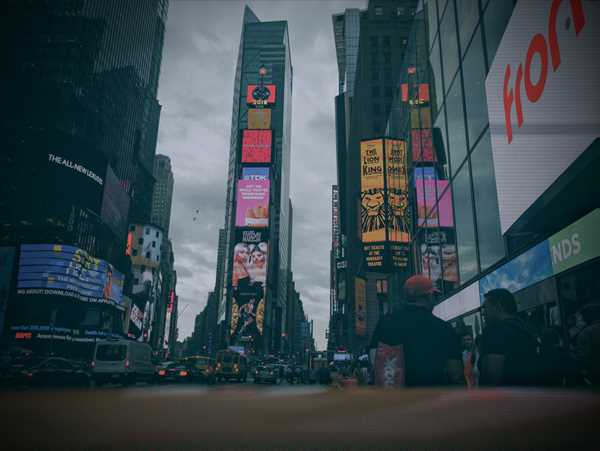 COVID-19 is not the end of the world.  It is a highly contagious flu that has mild or no symptoms for 98% of people who contract it.

I believe the law of unintended consequences is at work here.  The longer we keep people locked up the more serious and deadly problems we are creating not just for us but for the whole world. Including the very real possibility of a famine the likes the world has not seen and the loss of immunity being outside and productive naturally creates.

Growing up in a third world country where malaria, dengue, yellow fever and other nasty bugs were and are a reality, I remember what my dad used to say: “Watch the US! When they get a cold, we get pneumonia”.  What he explained to me as a kid is that when the US suffers so does the rest of the world, but much more so.  Our strong economy reverberates in a positive way throughout the world, and strong economies promote the health and the well being of their citizens, weak ones don’t because they can’t.  Imagine this scenario: couple famine, and the resulting preventable diseases it brings, with a natural disaster like an earthquake or flood, and COVID19 will look like a walk in the park.

I personally fully intend at some time in the future to shake hands, to give an encouraging pat on the shoulder, to give hugs to those who want and need a hug because that is normal and right and good.  It is the way things were meant to be, the way God has ordained them to be. Social distancing has very real detrimental consequences to our physical and spiritual well being. Not to mention the loss of religious freedoms and down right persecution of Christians some in government are engaged in under the guise of public heath.

I am reminded of how Jesus touched a leper (Mk 1:41),  in order to heal him. Now I know I am not Jesus, and I am not encouraging you or me to take unnecessary risks with our health or that of others. What I am saying is these things are temporary, and they are not the “new-normal”. Normal is what we had before and what we will have again God willing.

In Matthew chapter 24, our Lord Jesus a few days before his death and resurrection, gave us a clear picture of the future of the world before his return. In his office of Prophet, Jesus spoke with divine certainty of what the future was to be like until he comes again.  Let me read a few brief excerpts from the first few verses of this rich chapter:  “wars and rumours of wars”, “nation rising against nation”, “Kingdom against kingdom”, “Famines”, “earthquakes”. Dr. Luke in his synoptic account adds the word “pestilence” to famines.  This is the normal that we were and are to expect.  In our lifetimes we have witnessed war.  In fact my 20 year old son has not experienced the absence of war since September 11,  2001, you do the math!   There have been earthquakes, I have read about famines that killed millions in my own life time. And for those of you who have a few  more years on me, you can say even more!

Now, pestilence.  This, however tragic, has to a degree been the way of the world even before Jesus spoke those words, and it has certainly become the way of the world since the early years of the last century with the advent of the Chinese famines, the Spanish Influenza and WW1 and WW2.  Events that killed hundreds of millions of people.  Now, for you astute students of prophecy I am not minimizing the specific eschatological meaning of these events Jesus outlined here, but want to emphasizing something he said that I believe can be easily overlooked. Something that is essential in order for us to properly and correctly react to these normal events, what Jesus says at the end of verse 6:

That word “alarmed” caries the sense of being  “filled” or controlled by apprehension, of being unpleasantly surprised.  In other words, Jesus is saying:  don’t let the normal make you act or react  abnormally.  Let me quote here from a commentary (PNT):

“Jesus is telling his followers that they must not let themselves be caught up in the general disquiet; they are to be sure that they are not gripped by the panic that will take a firm hold on other people.”

COVID-19 is not the end of the world, but if we keep acting like it is, it will become the end for many.

The wicked are snared in the work of their own hands

Do not let your love grow cold!