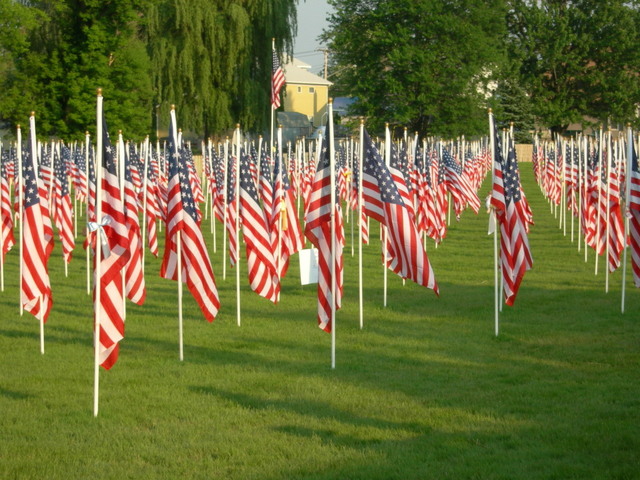 Dear Precious Saints of MBC,
I trust you are doing well and looking forward to the Lord's Day.
This past week marked the 75th anniversary of D-Day. Tuesday, June 6, 1944 was when the Allied nations invaded Normandy France in the largest seaborne invasion in history. The operation began the liberation of German-occupied France (and later Europe) from Nazi control, and laid the foundations of the Allied victory in Europe.
16 years ago, for my 50th birthday, Connie and I, along with my twin brother Dan and his wife Sheryl, visited the American Cemetery and the beaches of Normandy. As I walked those beaches, I could not even imagine the horrors that took place there decades earlier.
At the American cemetery, I walked reverently among the thousands of white marbled tombstones that marked the graves of the thousands of men - some as young as 17, who falsified their records to join the military - who willingly gave their lives to liberate a continent and preserve our freedom.
All the graves face west towards the USA. The cemetery contains the graves of 45 pairs of brothers (30 of which are buried side by side), a father and his son, an uncle and his nephew, 2 pairs of cousins, 3 generals, 4 chaplains, 4 civilians, 4 women, 147 African Americans and 20 Native Americans.
307 unknown soldiers are buried among the other service members. Their headstones read "HERE RESTS IN HONORED GLORY A COMRADE IN ARMS KNOWN BUT TO GOD."
As I was thinking about this I read, and listened on the internet, to the prayer offered by then President Franklin D. Roosevelt, whose own son is buried in that cemetery.  In today's politically correct world, his speech and prayer would be frowned upon.  Many in the media would have ridiculed his prayer.  Some would even call it "unconstitutional!"   How very sad!
This week Connie and I are out of the country visiting the Greek Isles.  Through the years, I've been blessed to travel to a number of places outside the U.S. and each time upon my return I'm grateful for this wonderful nation and the men and women who defend it.
We need to continue to pray for our country - now more than ever!  There are a number of issues that are deeply concerning to me.  We are a flawed nation and never for a moment would I suggest that we are perfect.  But the one thing we must never stop doing is praying for our country.  Paul clearly states that we are to pray for our country and those in authority over us:
I urge, then, first of all, that petitions, prayers, intercession and thanksgiving be made for all people--for kings and all those in authority, that we may live peaceful and quiet lives in all godliness and holiness.  I Timothy 2:1-2
In the light of His glory and grace,
Pastor Doug
Tweet
Tweet