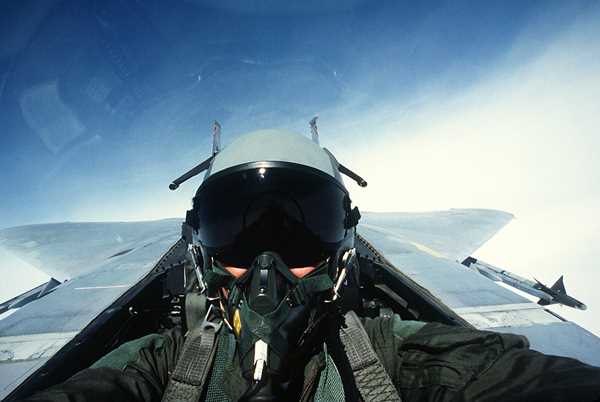 Dear Friends,
I trust you are doing well and looking forward to Sunday.
Chuck Yeager, the famous test pilot in the late 1900s was flying an F-86 Sabre over a lake in the Sierras when he decided to buzz a friend’s house near the edge of the lake – just rattle his windows for fun.
During a slow roll, he suddenly felt his aileron lock. This is the hinged part of the edge of the wing that we see out a plane window that either flips up or down.
Yeager said, “It was a hairy moment, flying about 150 feet off the ground upside down.” A lesser experienced pilot might have panicked with fatal results, but Yeager let off the G’s, pushed up the nose, and indeed, the aileron unlocked.
Climbing to 15,000 feet, where it was safer, Yeager tried the maneuver again. Every time that he rolled, the problem reoccurred.
He knew that three or four pilots had died under similar circumstances, but to date, investigators were puzzled as to the source of the Sabre’s fatal flaw.
Yeager landed and went to his superior with a report, and the inspectors went to work. They found that a bolt on the aileron cylinder had been installed upside down. It seemed right side up, but this particular bolt had to be inserted with the head down rather that at the top.
The culprit was found in a North American plant. An older man on the assembly line had ignored the instructions about how to insert the bolt because, “You don’t screw in a bolt upside down, you put it in from the top down.” He knew better!
Yeager says that no one ever told the man how many pilots he had killed.
Here's the important lesson: Sometimes, God asks us to screw a bolt in “upside down.” Our job is to do what he tells us. Acting as though we know better can be fatal. A wise person is one who says, “Lord, give me the directions – I don’t know better than You.”
See you on Sunday in person or join us online.
In the light of His glory and grace,
Pastor Doug
Tweet
Tweet