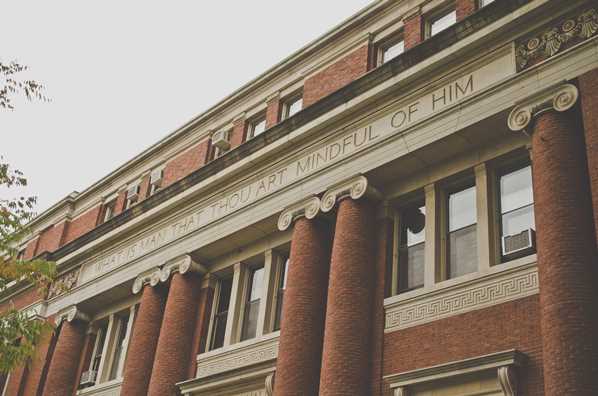 Dear Friends,
I trust you are doing well and looking forward to the Lord's Day.
The first recorded missionaries of the early church were Peter and John. Following the Day of Pentecost when the church began with the Holy Spirit indwelling believers, these two went out and about spreading the gospel. Later, Peter and John were arrested, because of their witness for Christ. As they stood before the Jewish rulers, elders, and scribes in Jerusalem they did not waver in their Christian witness. Dr. Luke in the book of Acts records for us that encounter and parenthetically adds this note:
“Now when they (the Sanhedrin) saw the boldness of Peter and John and perceived that they were uneducated common men, they were astonished. And they recognized that they had been with Jesus.” (Acts 4:13)
The apostles did not have formal education, institutional clout of ministerial prominence.  They were not among the rich and powerful. But it was obvious that these men had been with Jesus. The religious leaders were not complimenting the Christlikeness of the apostles. It was just a plain statement of fact. Something about Peter and John’s words, character, and actions made it evident that they had been with Jesus. I’m convinced that these religious leaders did not know the magnitude of what they said. The words and deeds of the apostles made it obvious that these men had spent time with Jesus of Nazareth.
This is a great way to describe a Christian; He or she has been with Jesus.
We are servants of the Lord Jesus Christ. Every aspect of our life and work should submit to the lordship of Jesus Christ. And our submission to Christ should be evident to others by what we do and how we do it.
An effective, victorious public life and witness is the result of meaningful private devotion. You must spend time with Jesus to get a sense of direction from the Lord about going forward. You must spend time with Jesus to get wisdom from God about how to respond to that problem. You must spend time with Jesus until you can hand that difficult person the fruit of the Spirit, rather than a piece of your mind. You must spend time with Jesus until you can stand firm with spiritual boldness.
The person who has been with Jesus is a man or woman of God. And they do not have to carry a big family Bible around everywhere for people to know it. They don’t have to put a religious bumper sticker on their car for people to know it. And they do not have to have a cross around their neck bigger than the one Jesus carried up Golgotha for people to know it. Their walk, words, and ways make it evident to those who see them and hear them that they have been with Jesus.
When a soldier was court-marshaled for sleeping at his post, he claimed he was praying. With mockery, he was asked to pray during his trial. When he finished, the chargers were dropped. It was concluded that he had to spend extended time in private prayer to pray publicly like that in a crisis.
Do people know that you have spent time with Jesus?
See you on Sunday in person or join us online.
In the light of His glory and grace,
Pastor Doug
Tweet
Tweet