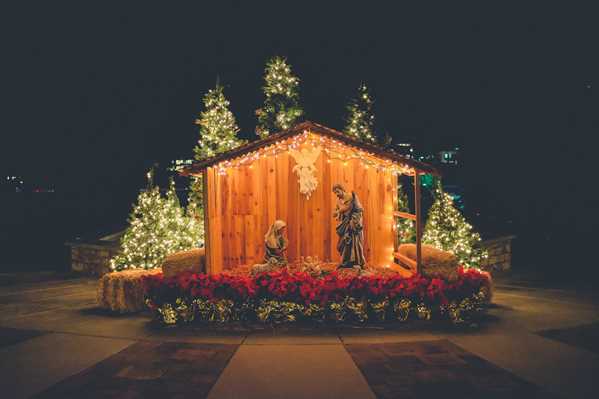 Merry Christmas!  I trust you are doing well and looking forward to the Lord's Day
One hundred and fiftysix years ago, on Christmas Day, 1864, Henry Wordsworth Longfellow sat in his home overwhelmed with sorrow. Our nation was being torn apart by the Civil War between the Northern states and those of the South. Robert E. Lee would not surrender for another four months. But Lt. Charles Longfellow's war had already come to an end because of a bullet that ripped into his spine. And so, on that Christmas Day, Charles Longfellow's father sat and wrote:
"I heard the bells on Christmas Day, their old familiar carols play, and wild and sweet the words repeat of peace on earth, goodwill to men."
For Longfellow as for many today, given the condition of our world, our society, so many of our homes and personal lives ... words like "peace" can seem to mock us and make us cynical.
"And in despair I bowed my head," Longfellow continued. "There is no peace on earth," I said. For hate is strong and mocks the song of peace on earth, goodwill to men."
Just a few years earlier Longfellow's wife, Fanny, was sitting by a window melting some sealing wax when a sudden breeze blew some burning oil to set her dress afire. She was quickly engulfed in flames. As she cried out in fear and pain, Longfellow grabbed a blanket and tried in vain to smother the blaze, burning his own face and hands, but to no avail. Fanny was killed and Longfellow's grief was so great he could not attend her funeral.
If ever there was a time that would try a man's faith, it was that long-ago Christmas morning when those joyous bells jolted his reverie, commanding his attention. During his sad contemplations, Longfellow's faith was stirred by the meaning of the sound of the town's church bells as it reached his ears on that Christmas Day. In response he took his pen and added this verse:
"Then pealed the bells more loud and deep, God is not dead, nor doth He sleep; the wrong shall fail, the right prevail, with peace on earth, goodwill to men."
This is not merely a sentimental Christmas carol. It is a message of hope for all the ages. It is a message of hope for you ... and for me.
This Christmas we need to remember that we offer a message of hope.
Merry Christmas!
In the light of His glory and grace,
Pastor Doug
Tweet
Tweet