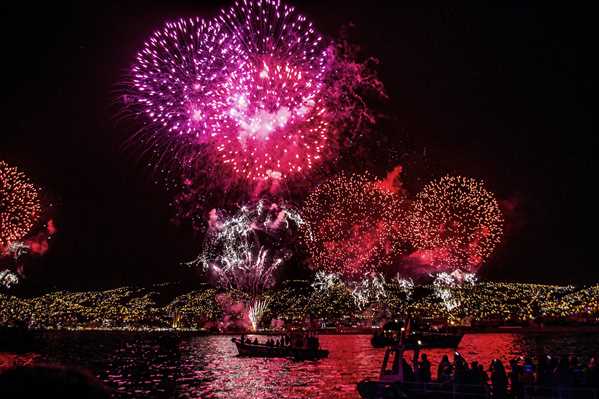 Dear Friends,
I trust you are doing well and looking forward to Sunday.
During this past long July 4th weekend I want to say without apology: I love America. I am unashamedly patriotic. I get teary eyed at patriotic events. I stand proudly when the national anthem is sung and respect greatly the men and women who defend this nation. I will fly the flag proudly at our home this week and defend this nation to the end. That’s not to suggest that I believe we are a perfect nation – far from it – and that we do not make our share of mistakes. I am not blind to our failures and shortcomings. However, the USA is one of the most benevolent, free and powerful nations in the world. And we use our greatness to improve our world, not tear it down and conquer. As we have done that, we have recieved little appreciation or thanks. One such proof of that comes from an incident that occurred in 1966 when France was under the leadership of Charles de Gaulle.
Charles de Gaulle had declared that it was pulling out of NATO. French motives were simple: they did not want to be seen as the 2nd rate power they had become in the shadow of America. De Gaulle announced that all American troops on French soil must leave so as to eliminate any trace of US military presence.
President Lyndon Johnson, who would soon be savaged by the American media and anti-war movement for our invovlement in Vietnam - remember "Hey, Hey, LBJ, How many kids did you kill today?" - had his moments of honor. He also had a better grasp of history than most politicians and protesters. Remember that this was the same France and Charles de Gaulle that had been liberated largely by American troops in two costly World Wars. Many thousands of soliders were killed in action and buried throughout France.
When Johnson's secretary of state, Dean Rusk, briefed LBJ on De Gaulle's declaration and the resulting US plans to move NATO HQ from Paris, to Brussels, Belgium, along with the withdrawal of all US troops from France, the US commander in chief had only one comment: "Ask him about the cemeteries."
Rusk tried to talk LBJ out of this controversial response, but the president was insistent: "Ask him about the cemeteries, Dean!"
LBJ stood by this presidential command and Rusk later brought it directly to De Gaulle, following his briefing as to how the US would honor the French demand. Did the French in fact insist upon the removal of ALL American troops from French soil - to include the thousands buried across the country who had given their lives so France could again live in freedom? Rusk asked, "Does your order include the bodies of American soldiers in France's cemeteries?" In Rusk's autobiography, he records that De Gaulle, embarrassed, did not reply.
During this weekend, despite our shortcomings let's remember that we have been the greatest force for good in our world and let's keep praying for our wonderful country.
See you on Sunday in person or join us online.
In the light of His glory and grace,
Pastor Doug
Tweet
Tweet