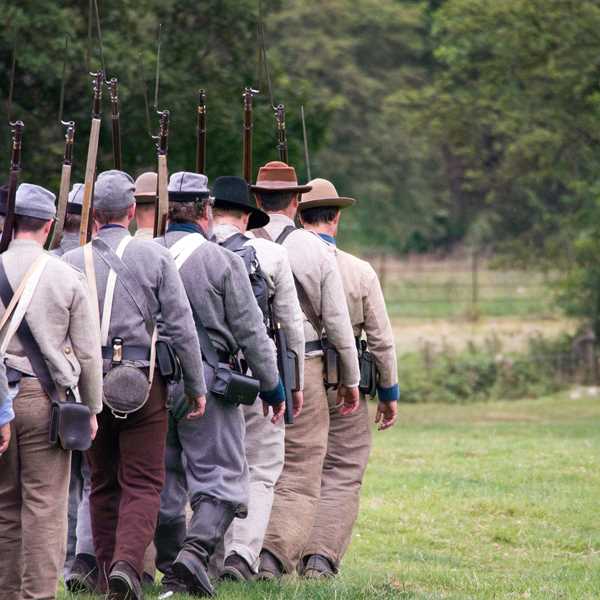 Dear Precious Saints of MBC,
I trust you are doing well and looking forward to this Sunday.
In last week's article I mentioned that Connie and I have been watching the 7 part PBS special on the Civil War by Ken Burns. Last night we watched the final episode.   I'm not sure I've ever watched anything as sad as seeing our nation so divided and where more than 500,000 soldiers were killed.
The most pivotal battle and turning point in the war took place in Gettysburg, Pennsylvania. General Robert E. Lee's Army of Northern Virginia invaded the North, clashing with General George G. Meade's Army of the Potomac. What ensued was a deadly battle that resulted in some of the greatest numbers of casualties of the war - between 46,000 and 51,000 dead in three days.
Fifty years after the battle, in 1913, a reunion was planned where United States and Confederate soldiers alike were invited to return to Gettysburg.  The culmination of that event was a reenactment of Pickett's charge where more than 6,000 confederate soldiers lost their lives.   In the documentary David McCullough speaks:
As the rebel yell rang out and the old Confederates started forward again across the fields; a moan, a gigantic gasp of disbelief rose from the Union men on Cemetery Ridge. It was then, one onlooker said, that the Yankees, unable to restrain themselves longer, burst from behind the stone wall and flung themselves on their former enemies, not in mortal combat, but embracing them in brotherly love and affection.
Can you imagine what that must have been like to see? To see these former enemies that had engaged in battle against one another fifty years earlier, now engaging in handshakes, embraces and forgiveness.
When the war ended as Lee surrendered to Grant at Appomattox Virginia, the Confederate soldiers were totally defeated. They were shoe-less and wearing uniforms that were in tattered ruins. They were also starving. Many Northern soldiers gave their rations to the hungry and defeated army of the South. Time and life had helped to heal many wounds. Time also allowed trust to build in our fractured and divided nation.
One of the lessons from this story is the power of forgiveness and reconciliation. God has called us as believers to be agents of reconciliation.  Having been reconciled to God we are now to forgive and be reconciled to others.
Is there a wounded relationship that needs reconciliation in your life? Don't wait 50 years - do it today!
See you on Sunday!
I the light of His glory and grace,
Pastor Doug
Tweet
Tweet