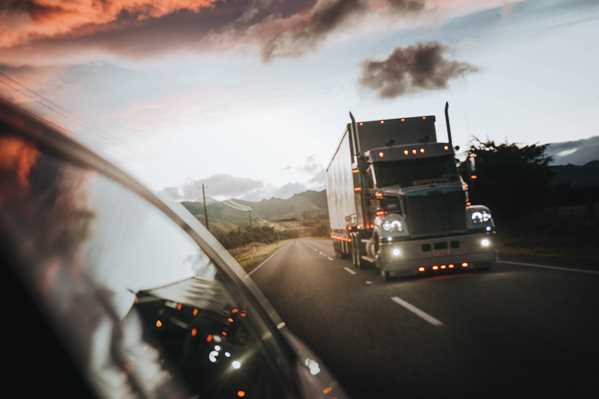 Dear Friends,
I trust you are doing well and looking forward to Sunday.
Several years back I read the story of a woman who was driving home when she noticed a huge truck behind her that was driving uncomfortably close. She stepped on the gas to gain some distance form the truck, but then when she sped up, the truck did too. The faster she drove, the faster the truck did.
Now scared, she exited the freeway. But the truck stayed with her. The woman then turned to a main street, hoping to lose her pursuer in traffic. But the truck rtan a red light and continued the chase.
Reaching the point of panic, the woman whipped her car into a service station and bolted out of her auto screaming for help. The truck driver sprang form his truck and ran toward her car. Yanking the back door open, the driver puled out a man hidden in the back seat.
The woman was running from the wrong person. From his high vantage point, the truck driver had spotted a would-be rapist in the woman's car. The chase was not his effort to harm her but to save her even at the cost of his own safety.
Likewise, many people we speak to about God are not running from us but God! Wrongly, they fear what He might do to them. But his plans are for good and not evil - to rescue us from the hidden sin that endangers our lives.
As you engage with people, remember that we are in the process of being used by God to rescue them from a terrible end that awaits them.
See you on Sunday in person or join us online.
In the light of His glory and grace,
Pastor Doug
Tweet
Tweet