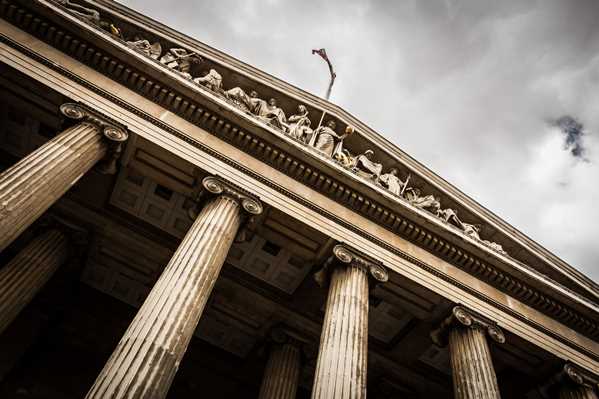 Dear Members and Friends,
I trust you are doing well and looking forward to our service this coming Lord's Day!
I'm anxious to be back and hope you will join us in person or on line.
During our time of confinement, I decided to re-read associate justice of the Supreme Court Clarence Thomas' book entitled, My Grandfather's Son.  Thomas has been a justice for almost 30 years and is a quiet respected conservative who has endured unbelievable attacks.  His book is an enjoyable read.  He came from humble beginnings, never having a relationship with his father and being raised by his grandparents.  His Grandfather was strict and raised Clarence to be a self reliant man.  When he graduated from Yale Law School he made very little money and had to survive on $560 a month after taxes.  In the book he writes the following:
"As I walked to the office one morning, I looked down and noticed a black  wallet on the sidewalk.  I picked it up, put it in my coat pocket, and continued on to the office.  I opened the wallet to examine the contents as soon as I got there.  I stopped counting the cash at around six hundred dollars.  My first thought was that this must be a gift from heaven, but I quickly dismissed that foolish notion.  I called the owner to tell him to come pick it up, and he spoke gruffly to me, not at all the way you'd expect from a man whose wallet had been found.  He came by the office later that morning, and turned out to be an older white man with a permanent scowl etched on his face.  I handed him the wallet and he immediately started counting his money.  I told him with audible irritation that it as all there.  He stopped counting, fished out a five-dollar bill, and grudgingly handed it toward me.  I refused it, saying that I hoped he'd returned somebody else's wallet someday.  he turned on his heel and stalked out of the office without saying another word.   I learned two lessons that morning.  the first one was that honesty is what you do when no one is looking.  The second one was more importance, so much so that I came to think of it as a defining moment in my ethical development: my needs, however great they might be, didn't convert wrong to right or bad to good.  That man's wallet wasn't mine, no matter how much I needed the money, or how rude he happened to be.  I often had occasion to remind myself in years to come that self interest isn't a principle - it's just self-interest."
I'm looking forward to seeing you on Sunday!
In the light of His glory and grace,
Pastor Doug
Tweet
Tweet