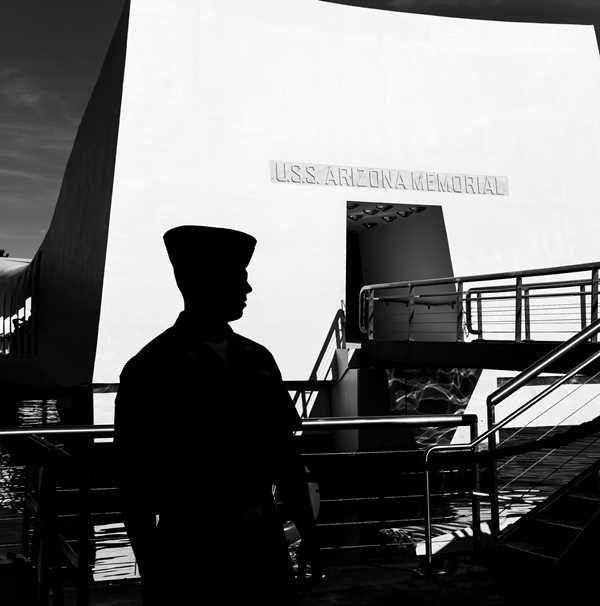 Dear Friends,
I trust you are doing well and looking forward to Sunday.
This past week I have reflected on the rich heritage that is mine by God’s grace! Had my father lived, he would have been 100 years old last Tuesday, November 30.  Without question, he was the most influential person in my life. I often tell people, “He who has seen me has seen the Father."
Dad was born in 1921 to Hungarian immigrants living in West Virginia and at the age of 5, his parents bought a 54-acre peanut farm in Courtland, Virginia. Dad lived through “The Great Depression” and learned the importance of hard work and the value of a dollar. At the age of 18, he saw a poster that said “Join the Navy and see the World.” He decided to take Uncle Sam up on his offer and on December 7, 1941, at 07.55 hours was on the deck of the USS St. Louis, a Light Cruiser, in his dress white uniform standing at attention.  He was scheduled for liberty and was headed ashore to attend a football game with his buddies.  While going through inspection, along with his buddies, Dad watched in horror as bombs began to drop from Japanese planes. Dad’s ship was the first of only two to get out of the harbor that morning.
Dad was not a believer at the time and almost two years later while stationed in Dutch Harbor, Alaska on October 15, 1943, Dad put his faith in Jesus Christ and became truly “born again.” Two of his buddies profoundly influenced him: Melvin Hart and David Wallace.  The verse that impressed Dad most was Romans 5:8; “But God commendeth His love toward us, in that while we were yet sinners, Christ died for us.” Chaplain J.D. Tolless faithfully preached the gospel and Dad was saved. Later he met Mom, attended the Moody Bible Institute, and came to Utah in 1953 to evangelize Mormons and plant “Bible-believing, Bible-preaching Churches.” Midvalley is one of those churches.
In the diary that Dad started at the beginning of his Navy career, he recorded “A will before I die,” dated 9/13/1941. The following comes from what he wrote down:
I have quite a few wishes to make, I don’t know how to write it, but I will give a few points in the way I would like to live.
First of all, I’m in the Navy and would like to get out when my time is up. I hope to if everything works out all right. Then I want to get married and have a home.  I would like to get a good job. And support my wife as everyone should.
I (would) like to have a few dollars after I get out (of) the Navy to start my career. I hope to have a car and a nice home. I (would) like to have a few kids. A home is seldom a home without babies. I hope to make my wife have what she wants and make all the kids happy. I hope to send my kids to college if possible.
By God’s grace, Dad’s Last Will and Testament became a reality. He didn’t really send his kids to college, we all had to pay our own way, but he did inspire them to go. All six have at least Master’s Degrees and two have earned Doctorates.
Thanks for letting me share. I rejoice daily for Dad’s life and ministry!
See you this Sunday in person or online.
In the light of His glory and grace,
Pastor Doug
Tweet
Tweet