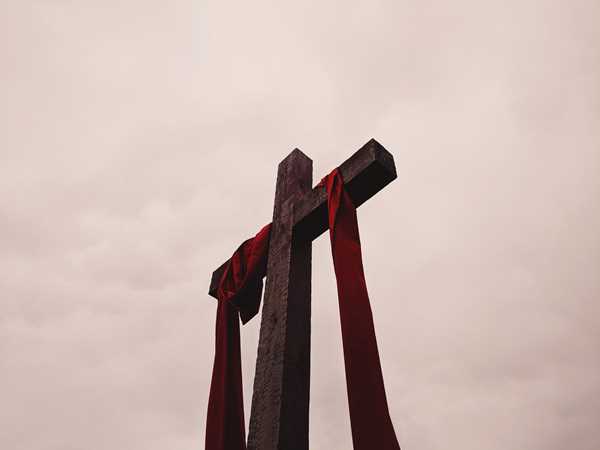 Dear Friends,
I trust you are doing well and looking forward to Sunday.
The principle symbol of our faith is the cross of Jesus Christ. Paul understood this and in his letter to the churches in Galatia wrote: “But may it never be that I would boast, except in the cross of our Lord Jesus Christ, through which the world has been crucified to me, and I to the world” (Galatians 6:14).
One such hymn that reflects this truth was written by the prolific hymn writer Isaac Watts. Isaac Watts (1674-1748) was born in England and was trained in Greek, Latin and Hebrew which would have allowed him the opportunity to become an Anglican priest, he chose however to pastor a small congregation. At the age of eighteen Watts was one day ridiculing some of the poor hymns then sung in the churches, when his father said to him, sarcastically, “Make some yourself, then.”
Accordingly, Watts set himself to writing hymns and pastoring a church. Watt’s lifelong ambition, according to his own words, was to be a servant to churches and a helper of Christians.
Unfortunately his health failed and he had to resign and spent the final 36 years of his life as an invalid. However, those were productive years spent writing more than 750 beautiful hymns that are still popular today.
Among his best, and one of my favorites, is “When I Survey the Wondrous Cross.” The words are:
When I survey the wondrous cross
On which the Prince of glory died,
My richest gain I count but loss,
And pour contempt on all my pride.
Forbid it, Lord, that I should boast,
Save in the death of Christ my God!
All the vain things that charm me most,
I sacrifice them to His blood.
See from His head, His hands, His feet,
Sorrow and love flow mingled down!
Did e’er such love and sorrow meet,
Or thorns compose so rich a crown?
Were the whole realm of nature mine,
That were a present far too small;
Love so amazing, so divine,
Demands my soul, my life, my all.
This classic hymn of Isaac Watts has often been called the greatest hymn in the English language. Another contemporary of Isaac Watts said of it, “There may be a few others equally great, but there is none greater.”
In preparation for this coming Sunday, take some time to re-read and meditate on this wonderful hymn. Don't rush through the words. Read them slowly, reflectively and give thought to the message being conveyed. It will be blessing during this holy week and prepare you for Sunday's worship.
See you on Sunday in person or join us online.
In the light of His glory and grace,
Pastor Doug
Tweet
Tweet