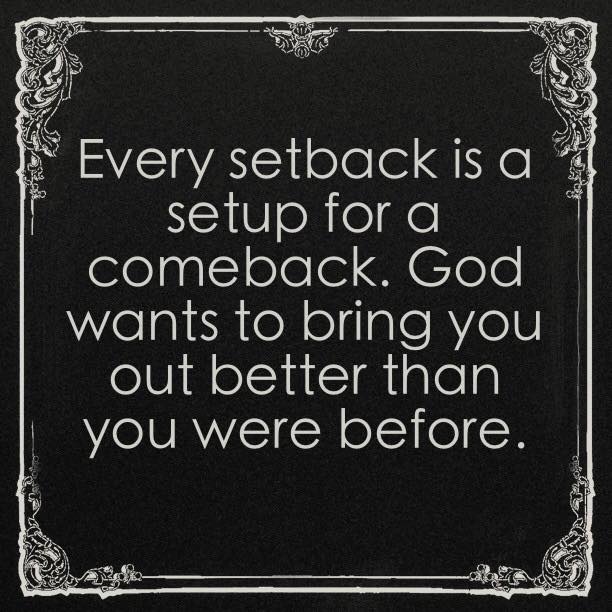 In her book Character, Gail Sheehan tells of the lengthy rehabilitation that former Senator and later Presidential Candidate Bob Dole endured after his World War II injury. German machine gunfire hit him in the upper back and right arm. Medics gave him the largest possible dose of morphine, then wrote "M" (for morphine) on his forehead with his own blood, so no one who found him would give him a second, fatal dose. Dole went through multiple surgeries and experienced recurring blood clots, life-threatening infections, and long periods of recuperation and therapy. His injuries created physical disabilities that are with him for the rest of his life.

An interviewer once asked Senator Dole, "How did this delay your career plans?"
He answered, "Before my injury, I didn't have any career plans. I had been a C student in high school, and not motivated. The truth is this injury is what gave me my career." The injury, he added, "inspired me to focus on what I had left and what I could do with it."
His set back accomplished several things:

Anything that does that is not all bad. The Psalmist said, "It is good for me that I was afflicted, that I may learn thy statutes" (Psalm 119:71).

Good that you were afflicted? It sure doesn't feel that way when you are in the middle of suffering. None of us want to hear, "this is going to work out fine" and "some day you'll look back at this and give thanks." But it's true!

I've been there and done that. And at the end of the day I've looked back and said, "that was the best thing that ever happened to me." God turned my scars into stars! What makes it hard is that His schedule is not ours.

My advice: Keep trusting, stay the course and don't ever give up.