Joseph: The Earthly Father of Jesus

Joseph: The Earthly Father of Jesus

God chose Joseph to be the earthly father of Jesus. The Bible tells us in the Gospel of Matthew that Joseph was a righteous man. His actions toward Mary, his fiancée, revealed he was a kind and sensitive man. When Mary told Joseph she was pregnant, he had every right to feel disgraced. Although Joseph’s initial reaction was to break the engagement—the appropriate thing for a righteous man to do—he treated Mary with extreme kindness. He did not want to cause her further shame, so he decided to act quietly. But God sent an angel to Joseph to verify Mary’s story and reassure him that his marriage to her was God’s will. Joseph willingly obeyed God, in spite of the public humiliation he would face. Perhaps this noble quality made him God’s choice for the Messiah’s earthly father. The Bible does not reveal much detail about Joseph’s role as father to Jesus Christ, but what it does reveal is that he was an excellent earthly example of integrity and righteousness. His example is worthy of following.

The Bible is filled with the powerful stories of men and women whose lives are not as well known as others. When we get to heaven, it will be very embarrassing to meet these people, or hear their stories and not know who they are. Their events are recorded for a purpose and our growth. This Summer Pastor Doug will lead us in examining some of the lesser known people of the Bible, whose stories really need to be better known. 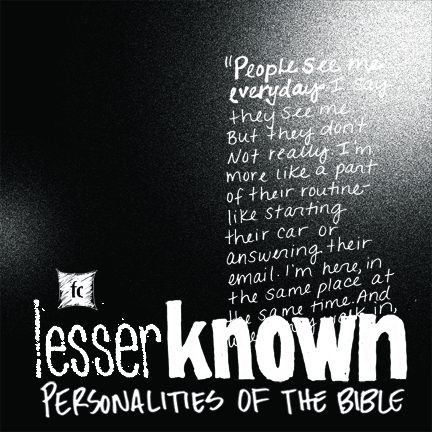 Rahab and Her Rope

Surprised by Who God Uses

Miriam: The Leading Lady of Exodus